Windows 8.1 can now be pre-ordered online at the Microsoft Store 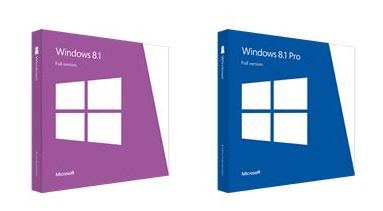 It is just over two weeks until we see General Availability of Windows 8.1 which is the major update to Windows 8 Microsoft has been working on for the past year.

If you are already running Windows 8 then you will be able to download the Windows 8.1 update directly onto your device. In fact, you may be able to grab the downloadable update up to a day early according to some reports.

However, if you have not made the move to Windows 8 then that means you need to either purchase new hardware that comes with Windows 8.1 on it or purchase the OS for installation on your current hardware.

The nice change that has been made with Windows 8.1 is the retail version you will be able to buy online or in retail stores will be a full version of the OS instead of just an upgrade version which typically requires Windows 7 installed to do the upgrade.

As of today the Microsoft Store online is offering the ability to go ahead and pre-order Windows 8.1 and Windows 8.1 Pro on DVD. The English version is the only option being offered right now.

Check out this story from Rod Trent at Windows IT Pro for the differences between these two versions of Windows 8.1.