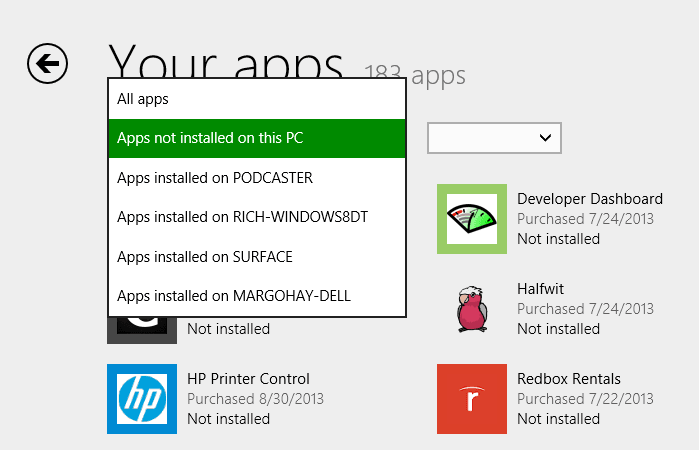 One of the benefits of using your Microsoft Account with Windows 8 is the ability to share and sync data across devices and in the upcoming Windows 8.1 release you will even be able to sync Start Screen configuration and apps.

Under Windows 8 and the Windows 8.1 Preview you were allowed to purchase a Windows Store app and have it installed on up to 5 devices with a single purchase.

Now if they would just work that same magic with Windows Phone Apps that would be awesome however, I digress.

According to the post from the Windows Apps Team over on the Windows App Builder Blog the vocal group who brought this limitation to Microsoft’s attention were developers who test their apps on a lot of devices apparently.

We believe this change will be beneficial to the app developers. On one hand, the ability to run on more devices may mean more revenue from the apps that are ad-based. On the other hand, if limiting the service that can be accessed simultaneously on devices is critical for the business model of the app, we provide a set of APIs to build a service-side verification to set that limit. The following resources will help developers restrict where and how their apps can be used:

Now if a developer wants to they can enforce a limitation to the number of devices their app can be installed on but Microsoft will require that they be transparent about the limitation to set the right expectation.

Customers are loving Windows Store apps and want to use them across a broad range of Windows devices, especially as more new devices become available every day. The change we’re introducing will reduce the friction that most active customers have in being able to access their favorite apps from any device, and will give developers additional opportunities to monetize the incredible reach the Windows platform provides.

What do you think – are you likely to use up the entire 81 device limit?