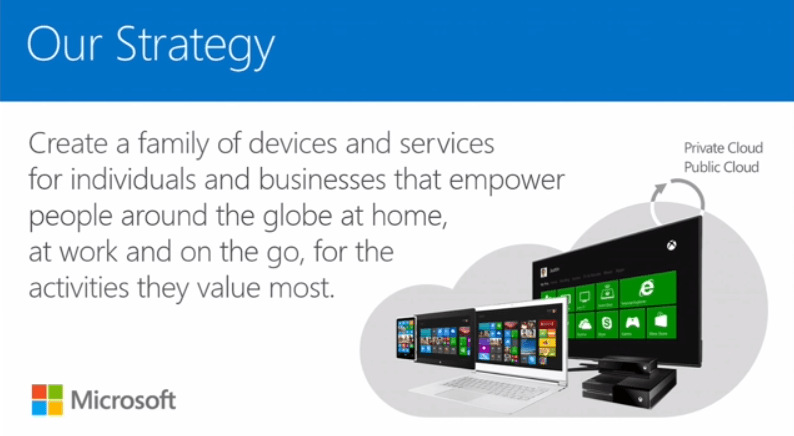 It has been an eventful day around the Microsoft Campus over the last 12 hours or so as news of the companies major reorganization became official.

As with any big change that is happening in an organization it is important to get it out in front of the employees and the Microsoft’s CEO did just that.

After sending an email this morning to Microsoft’s nearly 100,000 employees first thing this morning and a conference call with the press in the early afternoon to expand on the plan Steve Ballmer then took that message out to the company in person.

Here is some Microsoft B-Roll of one of the town hall meetings Steve Ballmer held today.

Note: B-Roll footage is snippets of an event that media outlets can use as background video for voice overs, etc. It is not a complete recording of the town hall event itself.